Airports Have Failed to Provide Clean Bathrooms for Uber Drivers

In a rare move, Uber—which has repeatedly come under scrutiny for skimping on basic amenities for its workers—told the airport it was willing to pay for drivers to use customer bathrooms in the parking lot where shuttle buses picked up travelers, according to emails from August 2017 obtained by Motherboard through a public records request.

In one email exchange, the airport’s leadership pushed back against that proposal and another suggested by Uber to bring in portable bathrooms.

“I don’t like the idea of having them use the facility as I think it would become a nightmare….depending on what they are willing to pay it might be ‘possible’ but that is a big if,” the St. Louis airport director, Rhonda K. Hamm-Niebruegge, wrote in an email.

“I don’t think the look of portable toilets is what we are going for, even on an economy parking lot,” property division manager of the airport, Robert Salarano, wrote in the same email thread.

“[Uber and Lyft being responsible] for their own porta potty would be ideal,” Ronald Stella, the airport’s deputy director, wrote. “We should just keep them out of sight as much as feasible.”

None of the plans ever came to fruition, and three years later, Uber and Lyft drivers still do not have anywhere to pee at Missouri’s largest airport. Instead, drivers use the bathroom at nearby gas stations, an Uber driver in St. Louis and the airport’s public information officer told Motherboard. 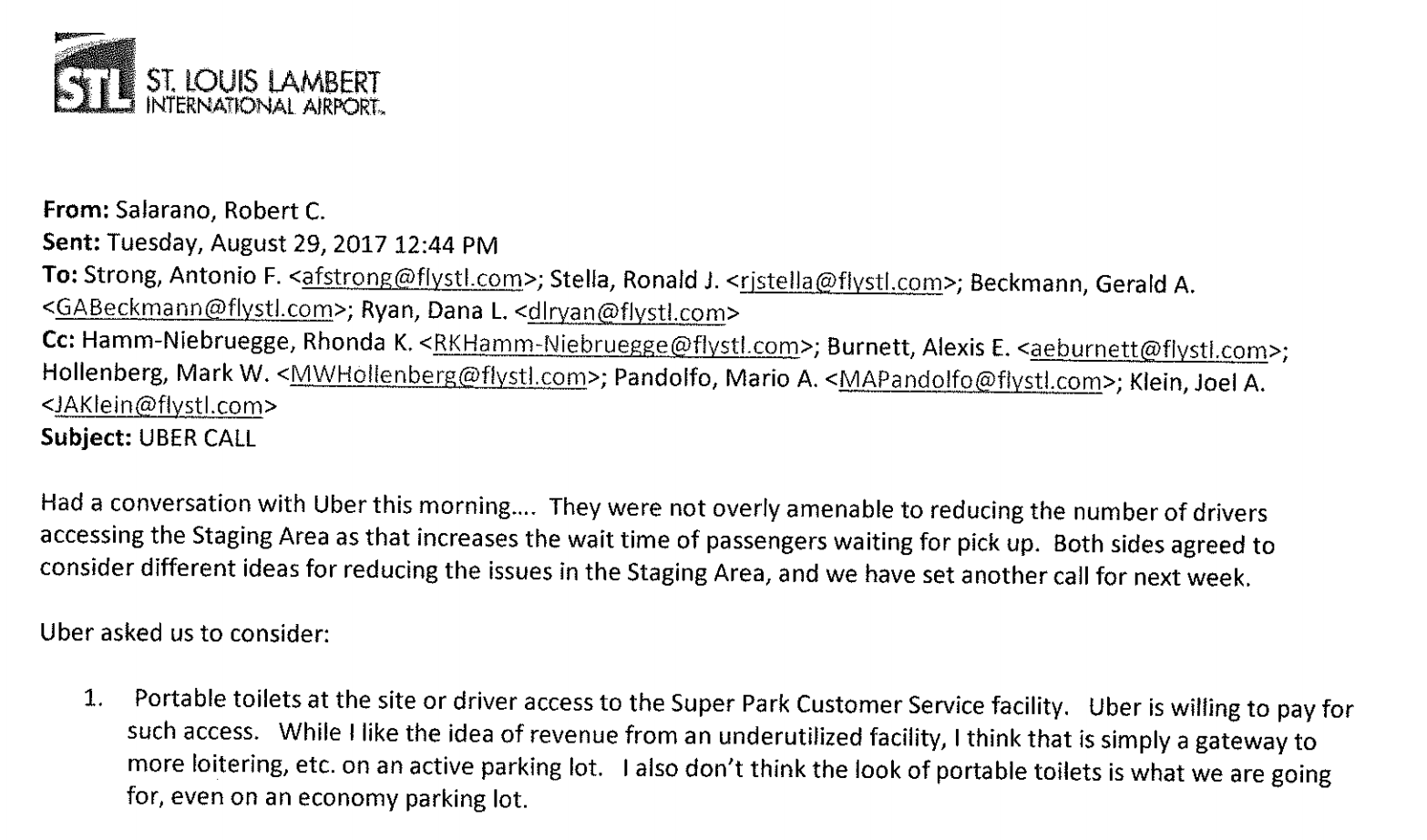 The lack of bathroom access for Uber and Lyft drivers at St. Louis’s airport is emblematic of a nationwide problem that has surfaced as ride-hailing platforms have rapidly expanded into every major commercial airport in the country, leading to massive driver-led campaigns for bathroom access at Los Angeles International Airport and New York City’s JFK Airport.

Public records obtained by Motherboard from four of the nation’s 50 largest airports paint a grim picture: Airports aren’t equipped for Uber and Lyft drivers, and no one wants to pay for new restrooms or to maintain existing ones. The working conditions of rideshare drivers appear to be rarely considered, and when they are, they are treated as afterthoughts or nuisances. In at least once case at San Francisco International Airport, one of the busiest in the country, officials took punitive measures against drivers by removing hand washing stations with running water and replacing them with less effective hand sanitizer stations.

Last year, in a move that dismayed drivers, the airport replaced hand-washing stations for drivers with hand sanitizer, which is notably less effective. “Drivers often use the water and paper towels to clean their cars instead of washing their hands,” a San Francisco airport transportation planner wrote in an email, explaining the switch. 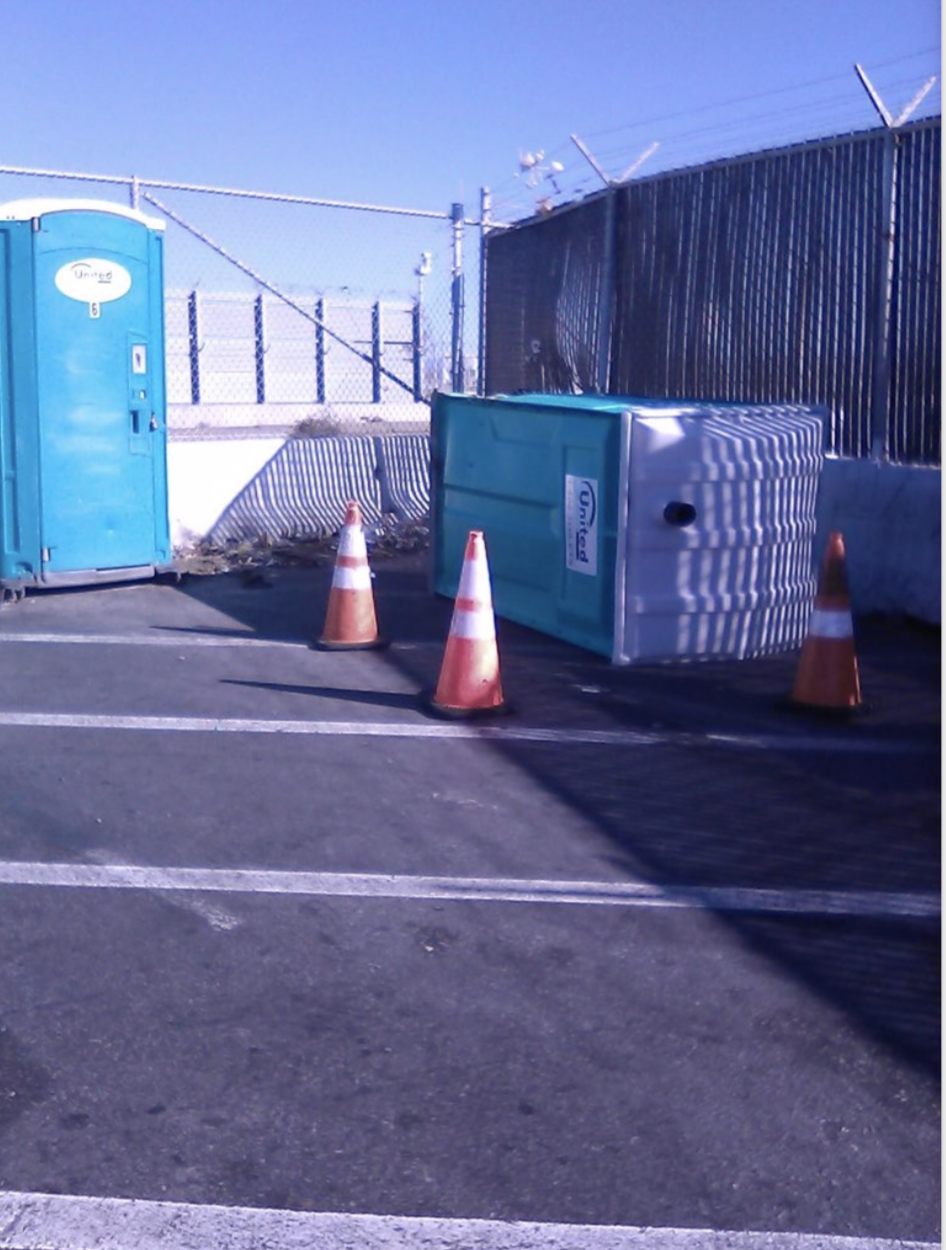 In late February, an Uber driver complained to the airport, the San Francisco’s mayor’s office and the Department of Health about the risks of removing hand washing stations during a pandemic, and Motherboard reported on the issue. "I find it hard to understand why we can not have the sinks. It is still very unsanitary," he wrote to airport leadership. Eventually, the airport returned the sinks.

“The bathrooms at San Francisco airport are filthy. Sometimes the [toilets] are almost filled to the top, and there’s usually no water to wash your hands,” another Uber driver in San Francisco who wished to remain anonymous because he feared retaliation, told Motherboard of his experiences at the airport this July. “I carry my own water and sanitizer.” 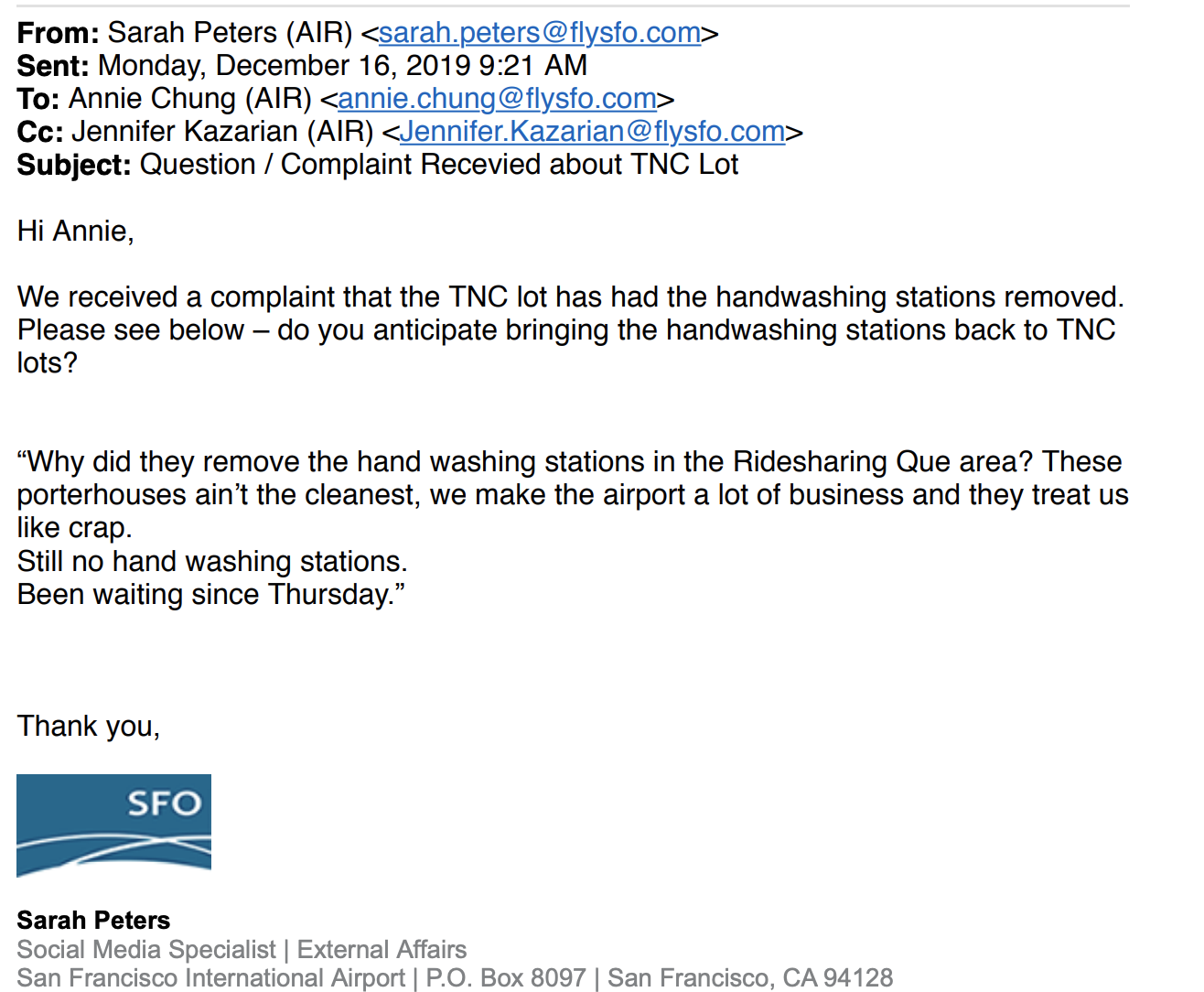 These issues raise the question of who bears the responsibility of paying for clean and safe bathrooms for drivers: airports or rideshare companies. Federal law requires employers to provide at least one bathroom for every 15 or so employees, but this access does not extend to gig workers including Uber and Lyft drivers, who are independent contractors.

Matt Wing, an Uber spokesperson, told Motherboard the rideshare giant has never paid for airport bathrooms for its drivers at any US airports, though it has built bathrooms for Uber drivers at three airports in Canada. Instead it pays indirectly through trip fees, leaving it up to airports to decide “what facilities to provide and how to maintain them.”

“Uber contributes per trip fees to more than 200 airports annually in the US,” Wing told Motherboard. “In 2019, that was a total of $300 million in fees of which more than $30 million went to LAX. Airports spend these funds on costs associated with rideshare operations including restrooms for drivers as well as in some cases additional facilities such as prayer rooms.”

A spokesperson for Lyft told Motherboard, “Airports are solely responsible for the maintenance of facilities for TNC drivers. Funds from airport trip fees that are remitted to the airport are designated for this purpose.”

But as documents show, airports are failing to provide these basic amenities. In February, Motherboard reported that Los Angeles International Airport, which previously gave thousands of drivers access to six “foul-smelling and fly-ridden” porta-potties, agreed to add three new units, only after 2,000 rideshare drivers signed onto a letter “demanding safe and hygienic bathrooms.” For years, drivers at New York City’s JFK did not have access to bathrooms: the parking lot for drivers was described as a “wasteland of pee bottles.”

As a point of comparison, major airports in San Francisco, Los Angeles, and New York City did not accommodate taxi cab drivers with clean, safe bathrooms until they organized in the 1990s and early 2000s.

Veena Dubal, a gig economy expert and law professor at the University of California at Hastings, told Motherboard that Uber should bear the burden of ensuring drivers have access to bathrooms, particularly in California where the state attorney general is suing Uber for misclassifying drivers as contractors. By classifying drivers as independent contractors, Uber and other gig economy companies avoid providing workers with basic rights and protections such as worker’s compensation, health insurance, unemployment benefits, and bathrooms.

Are you a gig worker? Do you have a tip to share with us about your working conditions? We'd love to hear from you. Please get in touch with Lauren Gurley: [email protected] or Signal 201-897-2019.

Lack of access to clean, safe bathrooms has been a consistent issue for Uber and Lyft drivers since the inception of the de rideshare apps, and has only worsened during the pandemic, when many businesses have closed their doors to gig workers. Uber has also been known to discriminate against drivers at its driver support centers, or so-called Greenlight Hubs, offering more expensive porta-potties for employees and inferior ones to drivers.

“Uber and Lyft don’t want to bear the responsibility for providing drivers with bathrooms because it indicates that they have much more power in the workplace than they want,” Dubal said. “It’s not in their interest to invest in infrastructure for drivers. But at the same time, they’re pushing public-private partnerships with cities all around the country. It’s hypocritical for them not to provide infrastructure for drivers.”

The findings, based on surveys conducted by the U.S. Centers for Disease Control and Prevention from June 24-30, also show that "one quarter of [survey] respondents reported symptoms of trauma- and stressor-related disorder."

The data, from before the beginning of the pandemic, shows that after a period of improvement, U.S. kids are eating as much fast food as they were in the early 2000s. 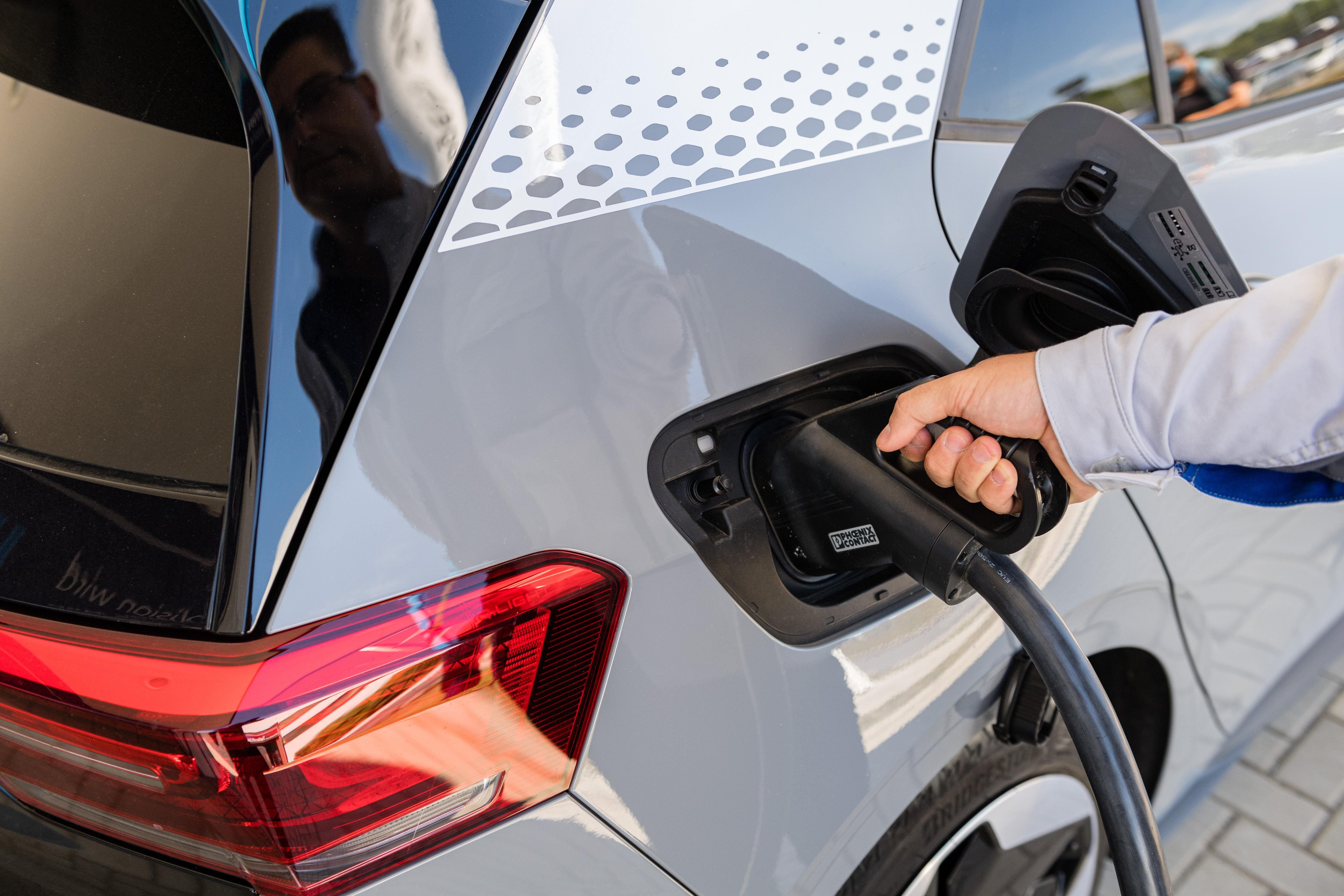 The Electric Car Report shows that Europe swallowed up half a million electric (EV) and plug-in hybrid (PHEV) cars in the first half of the year and is on track to sell a million plug-in cars this year for... The Baton Rouge incident is another in the spate of attacks on retail employees trying to do their jobs as businesses reopen.

These Summer Sandals Gave My Unpedicured Toes Major FOMO, So I Painted...

I sincerely admire all the women in my life who are still wearing heels in the midst of a pandemic. My cousin says it makes her feel feminine; a friend of mine says it's the only way she feels... Yesterday's A-Level results fiasco resulted in 40 percent of grades being marked down. We spoke to one of the many students impacted. 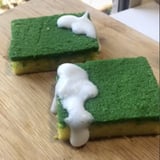 This Cake Looks Exactly Like a Soapy Dish Sponge, and We Really Don't ...

@abimhn do you eat your sponges with or without soap??? #fyp #foryou #homechef #bakingrecipe #spongecake #cake #lemon #homemade #TikTokTaughtMe ♬ original sound - tomspinley Sponge cake is delicate, light, bouncy, moist (I know, not the best word, but there... A 'Violent Clash of Opposing Wills:' How the U.S. Is Defining Space Wa...

'Spacepower: Doctrine for Space Forces' is our clearest window into the Space Force's mission yet, and it's not pretty.

Top 10 Yachts Scheduled To Be At The Upcoming 2020 Cannes Yachting Fes...

According to the latest reports, the Cannes Yachting Festival is scheduled to go on as planned—with significant safety protocols in place—from September 8th through the 13th on the Côte d’Azur.

Facebook is going all-in on short-form videos. After flirting with the idea in Lasso, a TikTok-clone it tested in select markets, and adding a similar feature called Reels to Instagram recently, the company is exploring a new venue for... 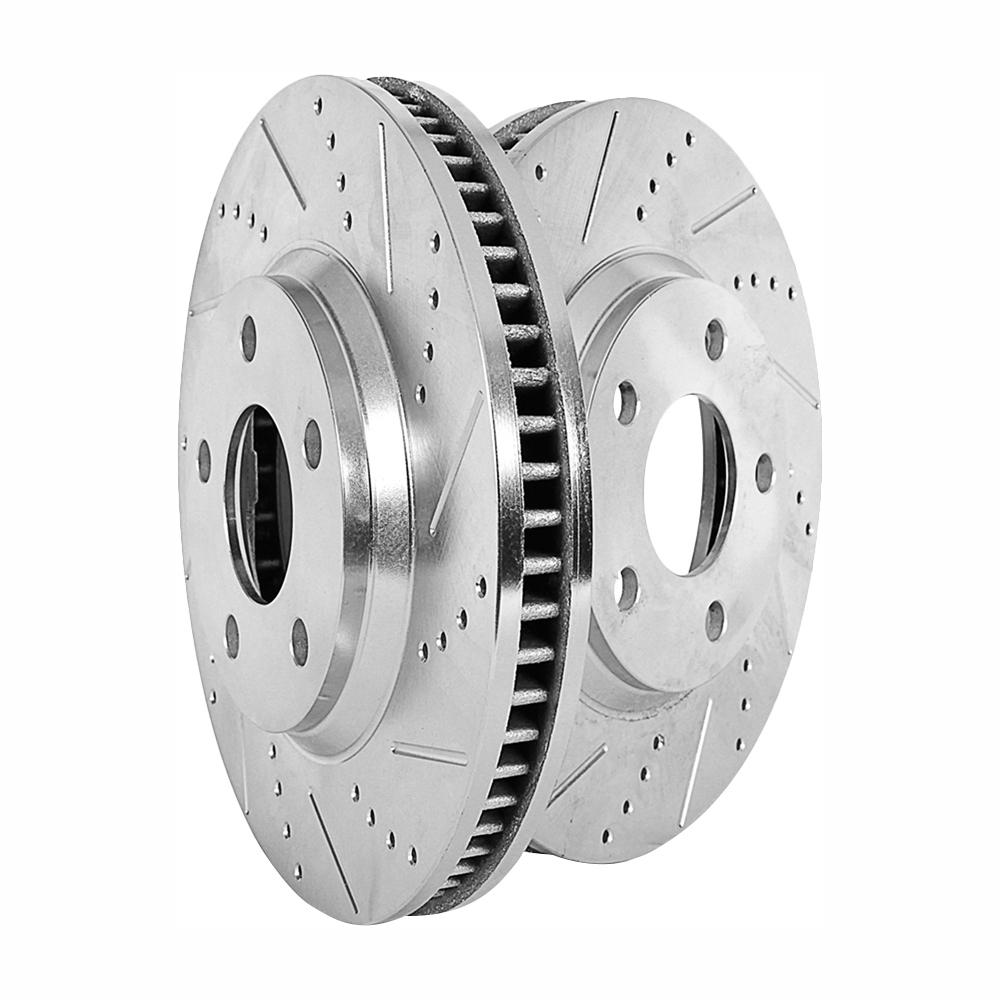 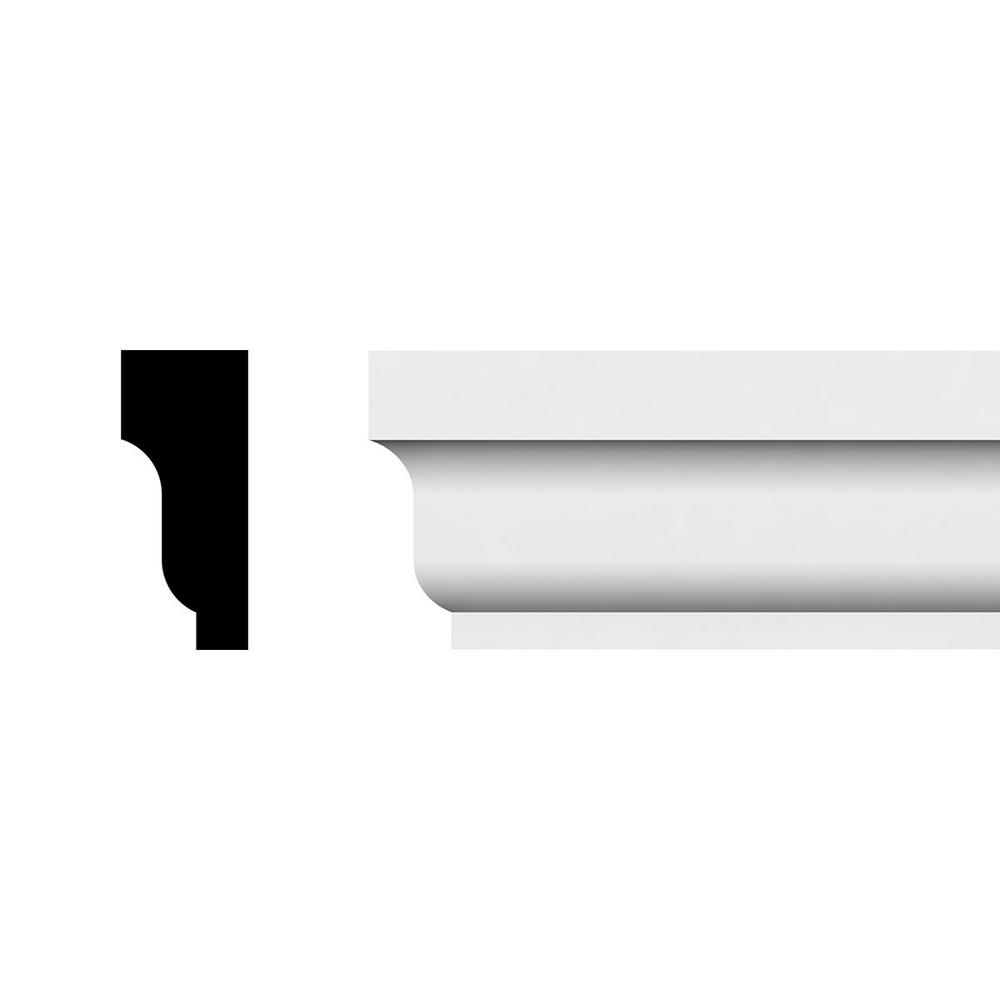 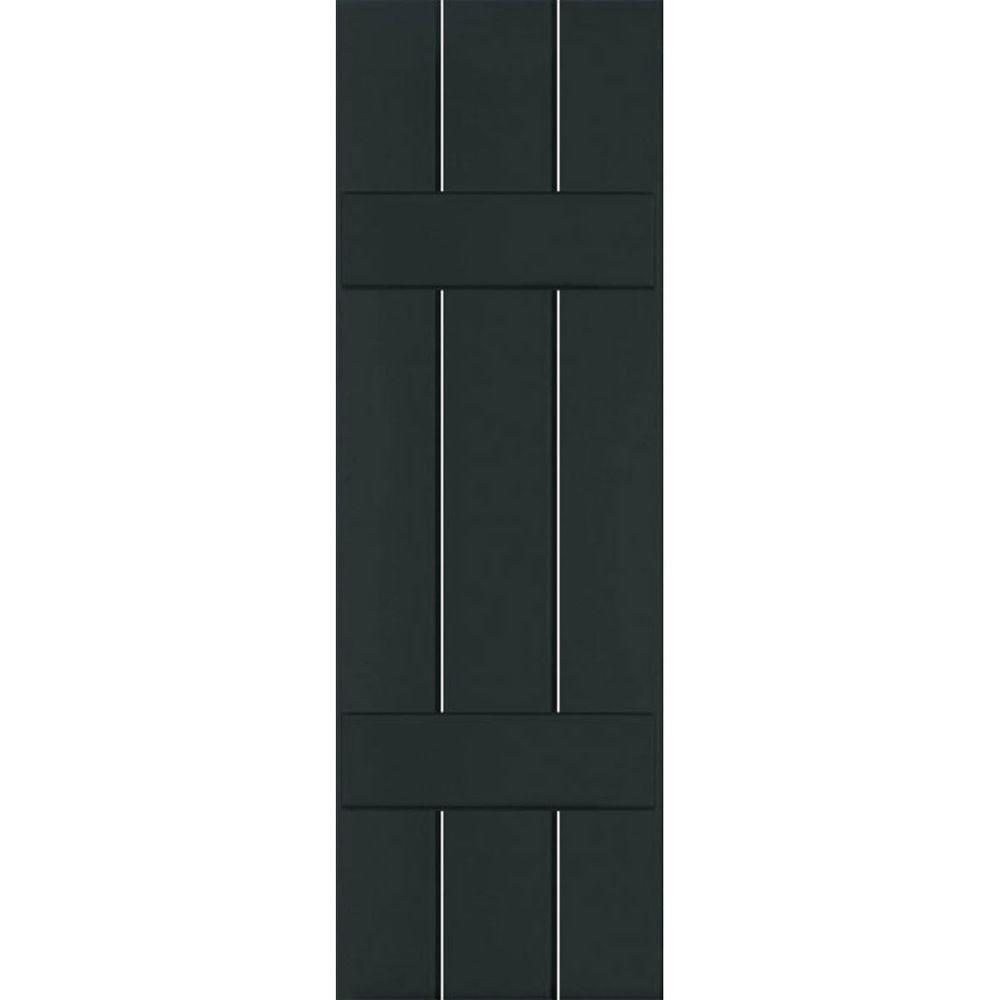 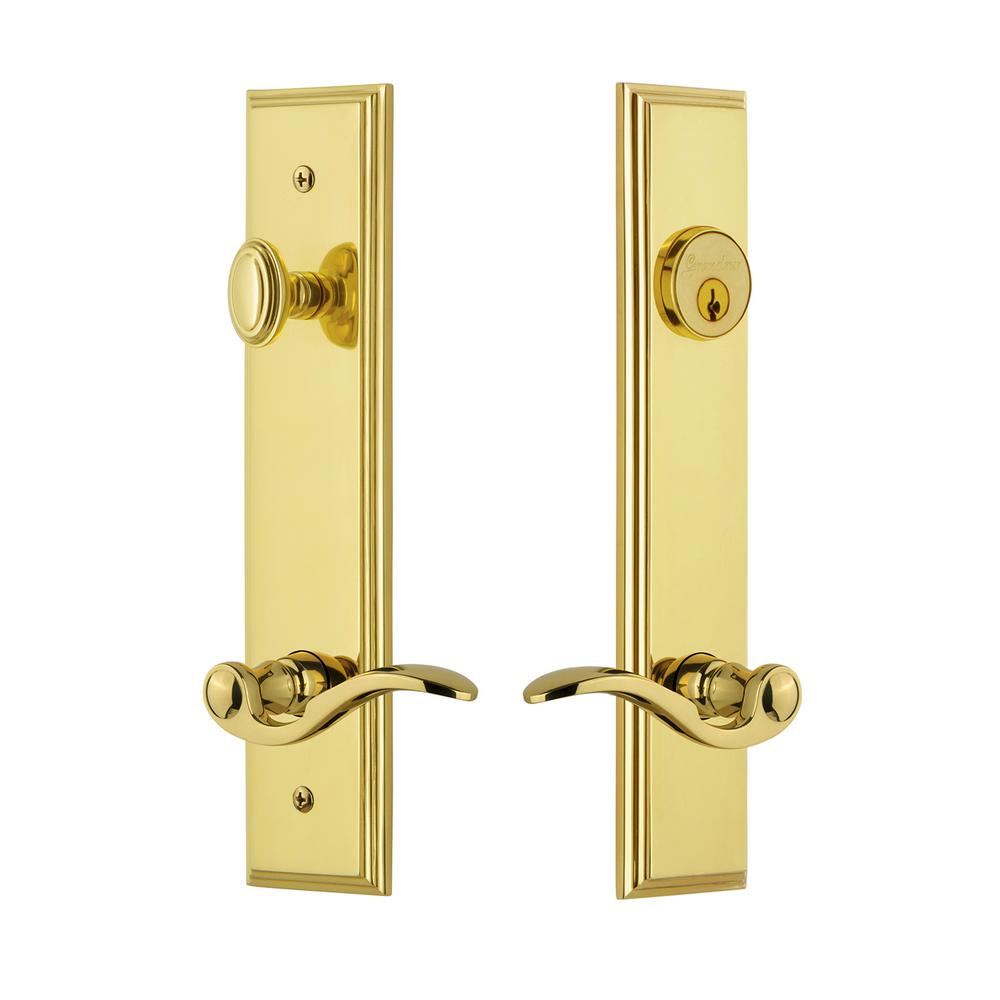 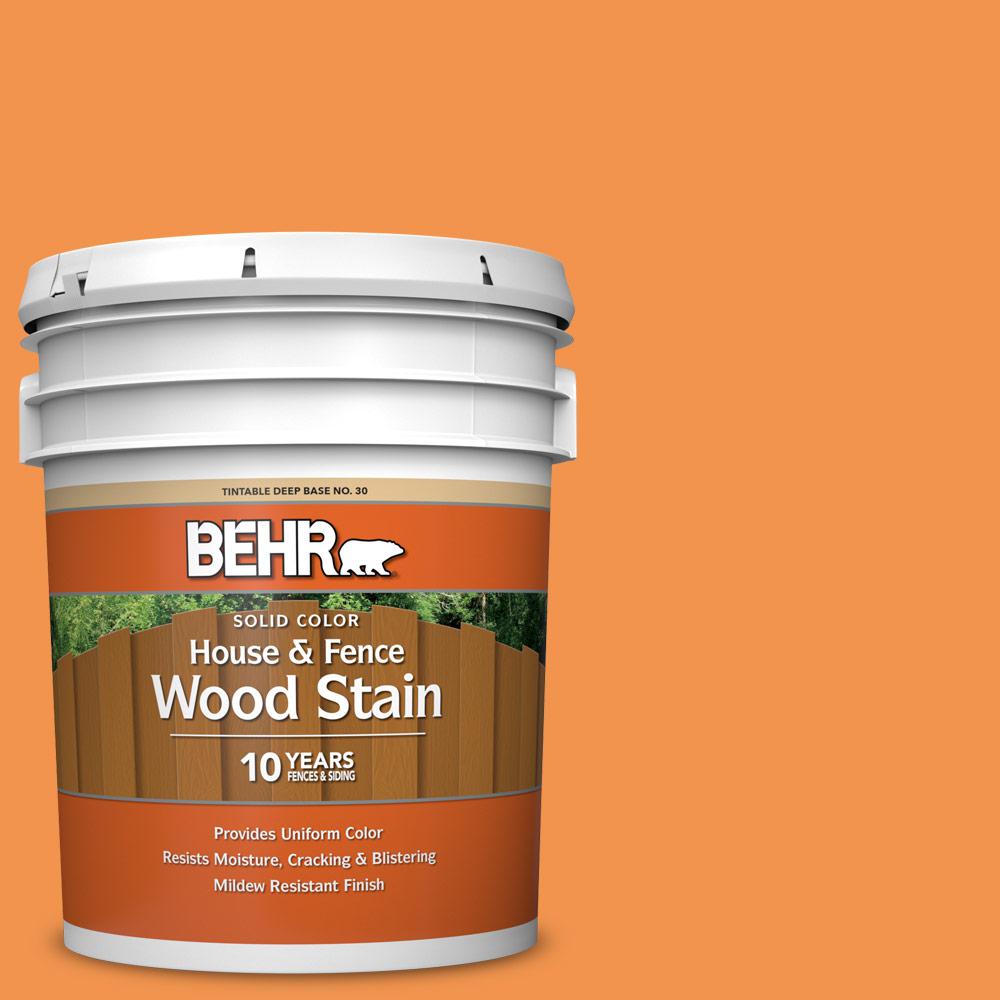 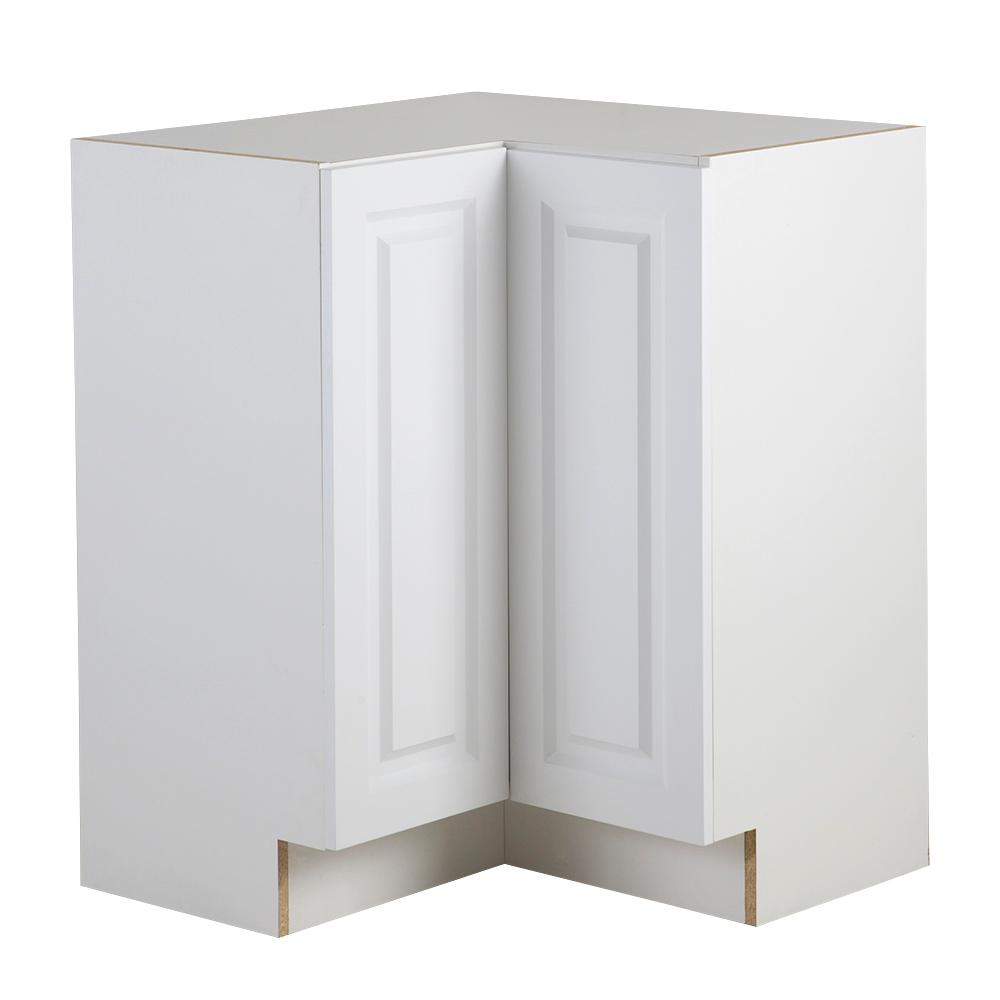 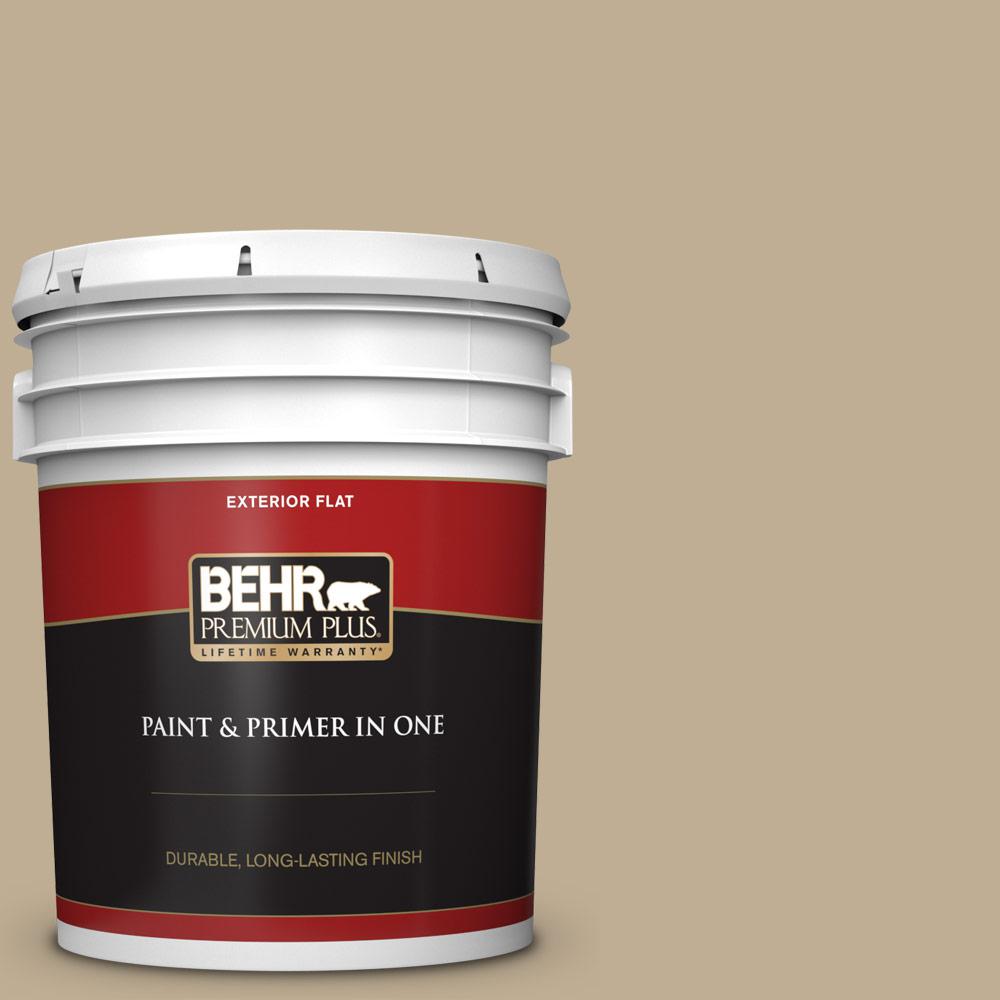 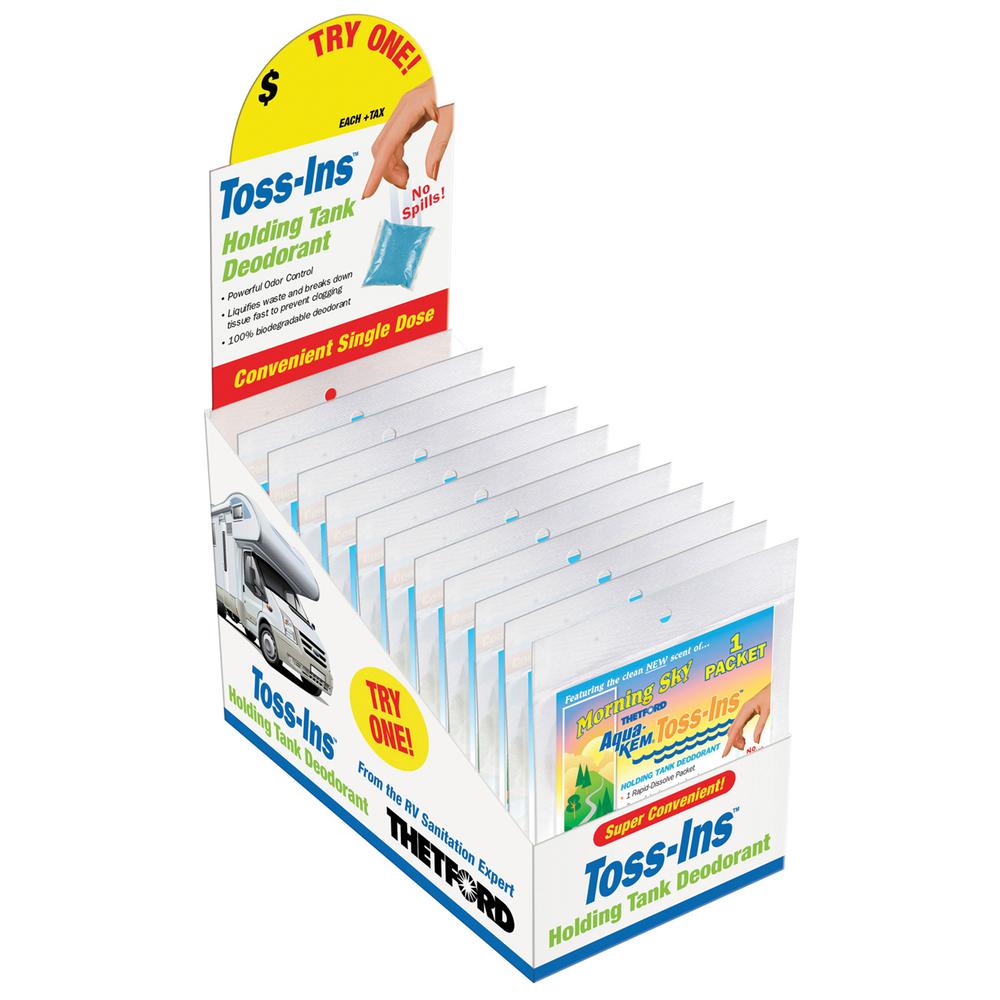 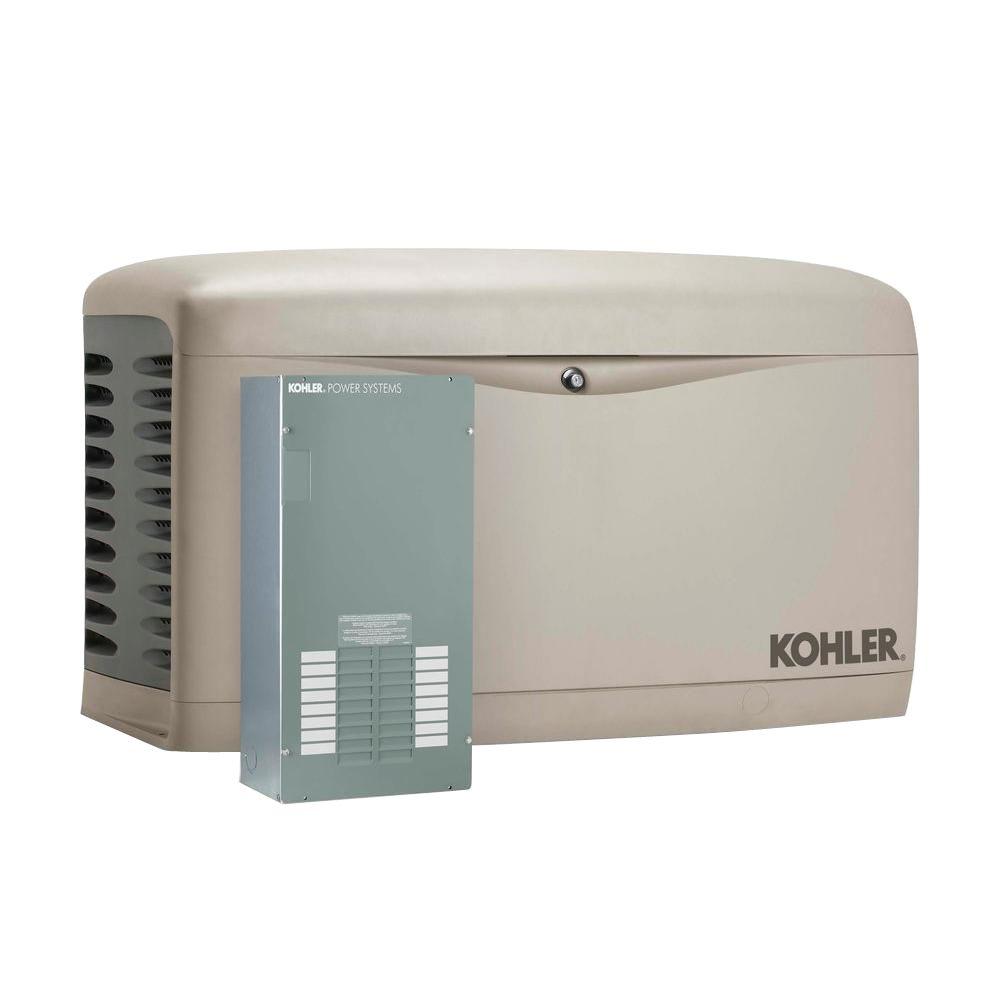 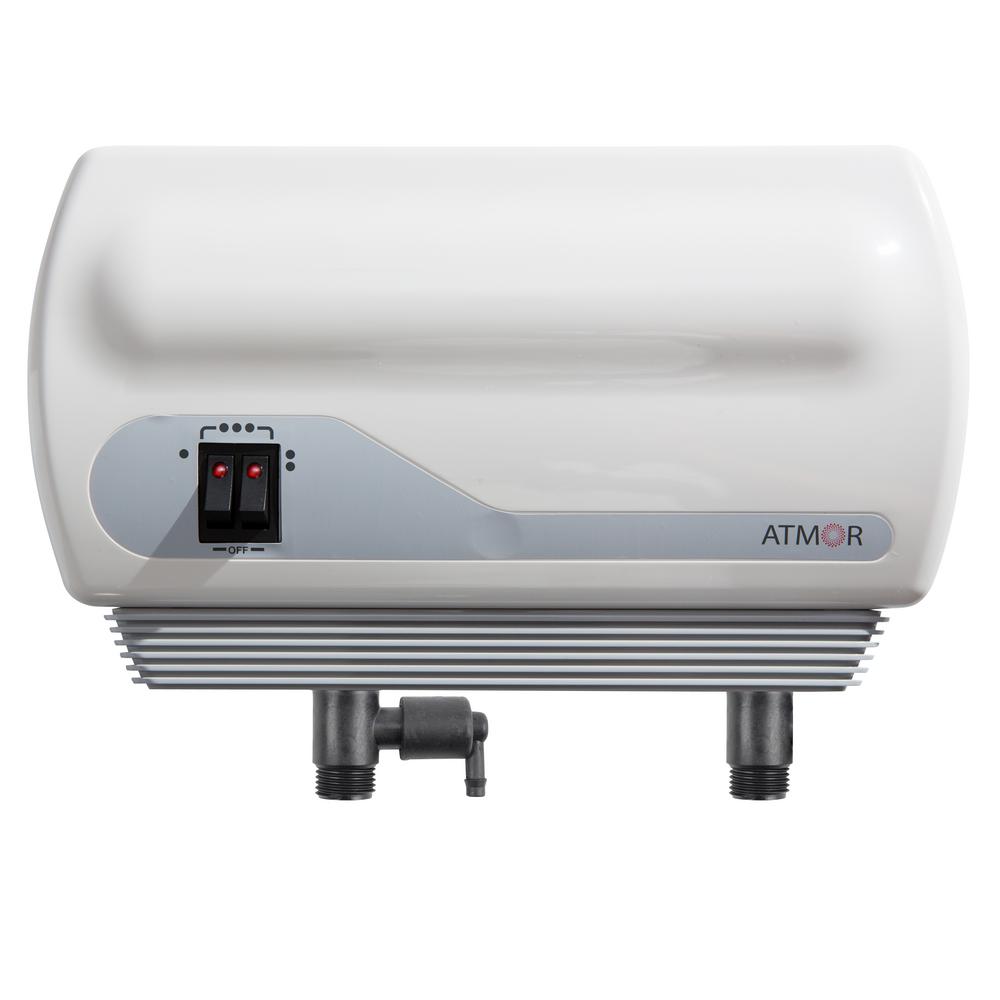 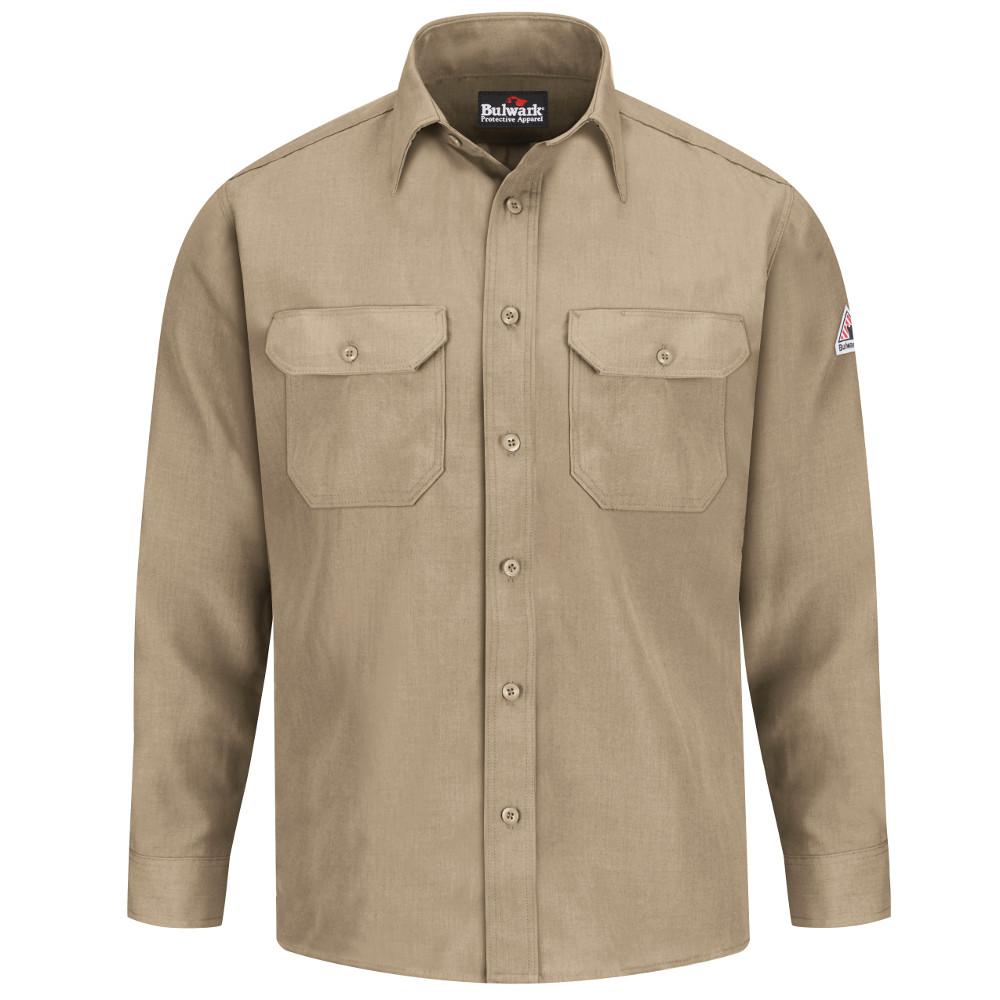 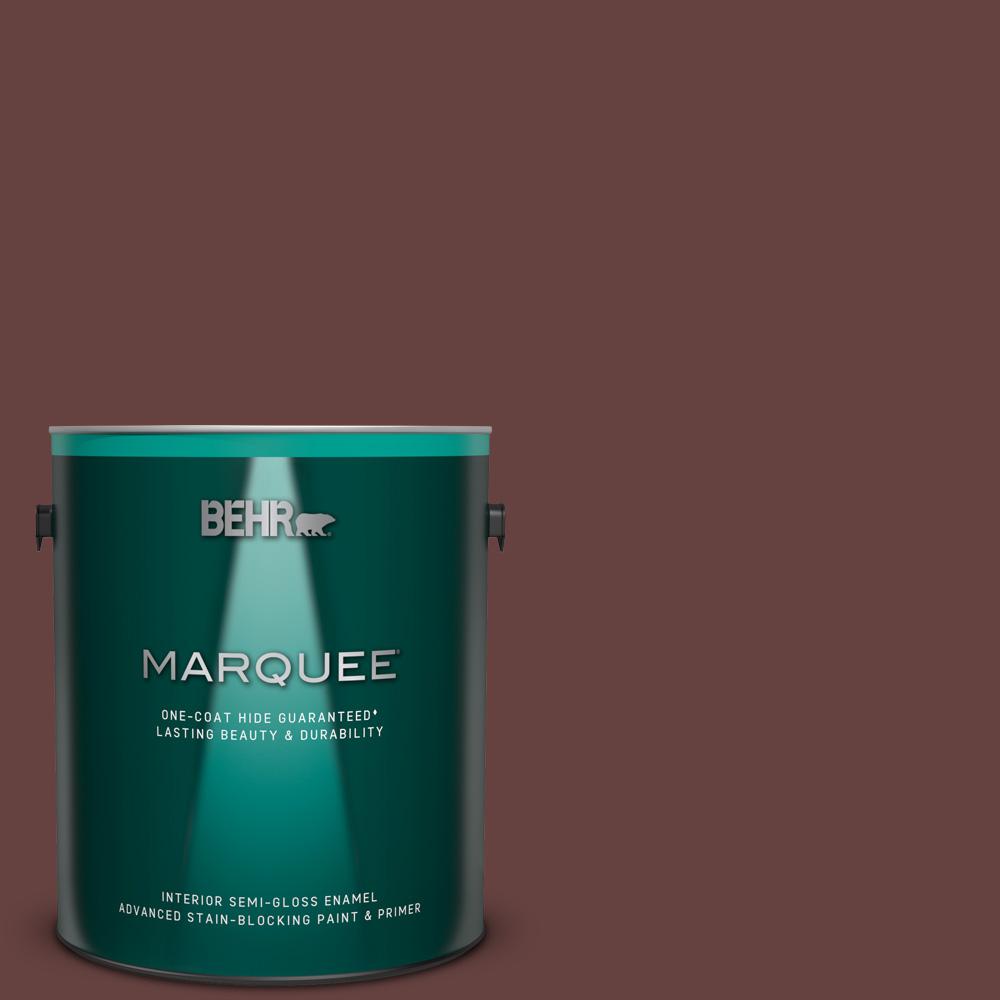 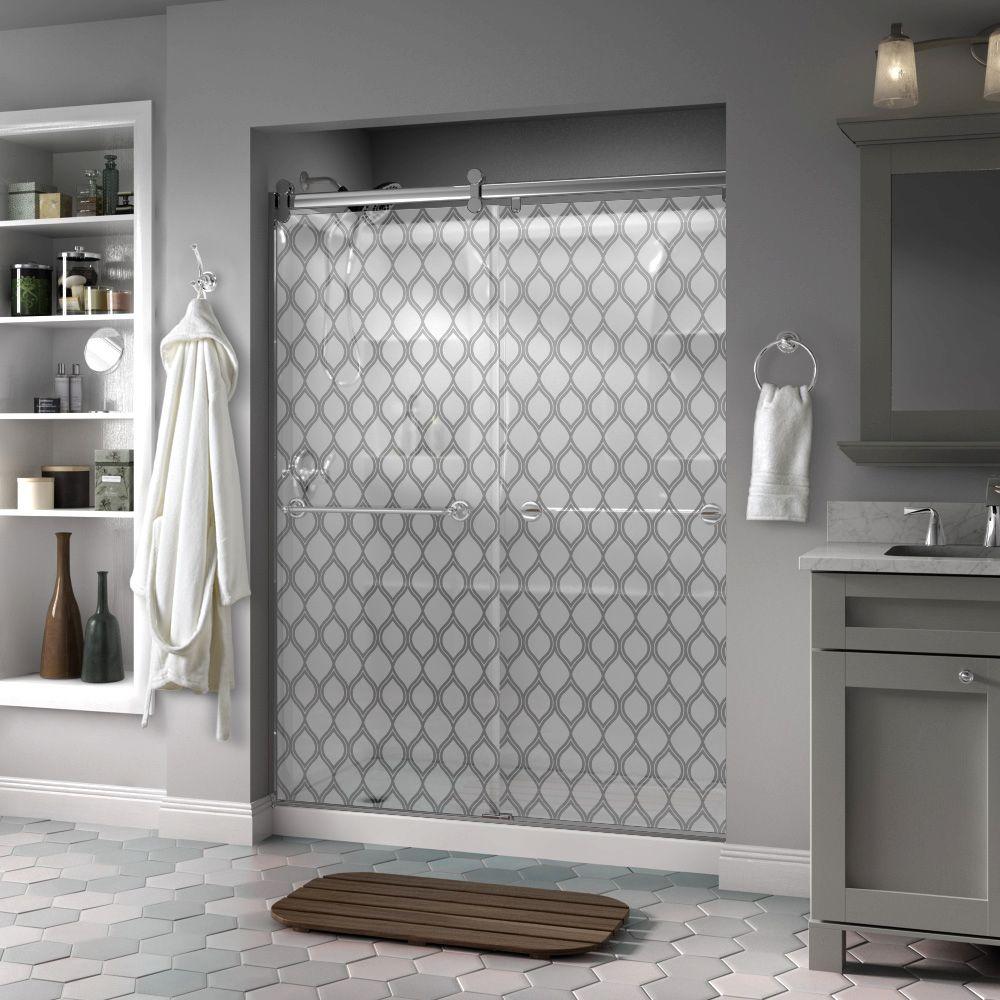 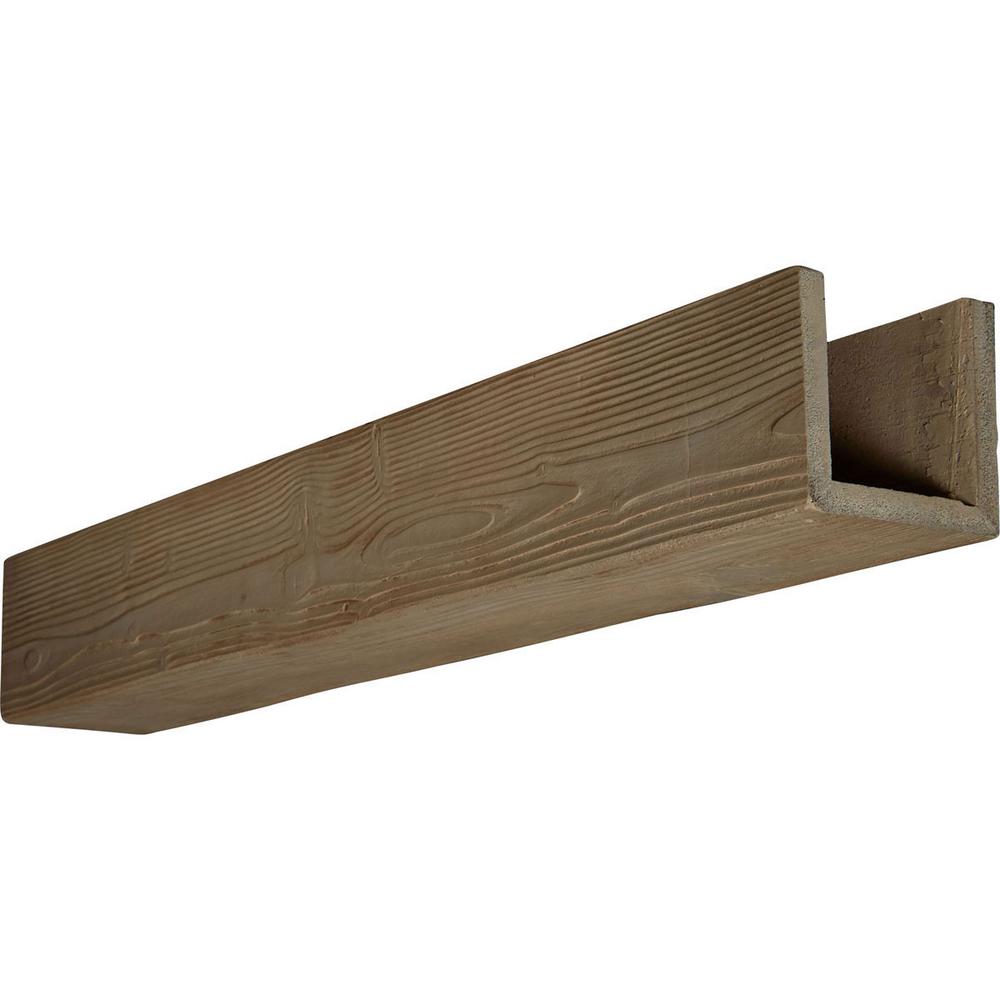 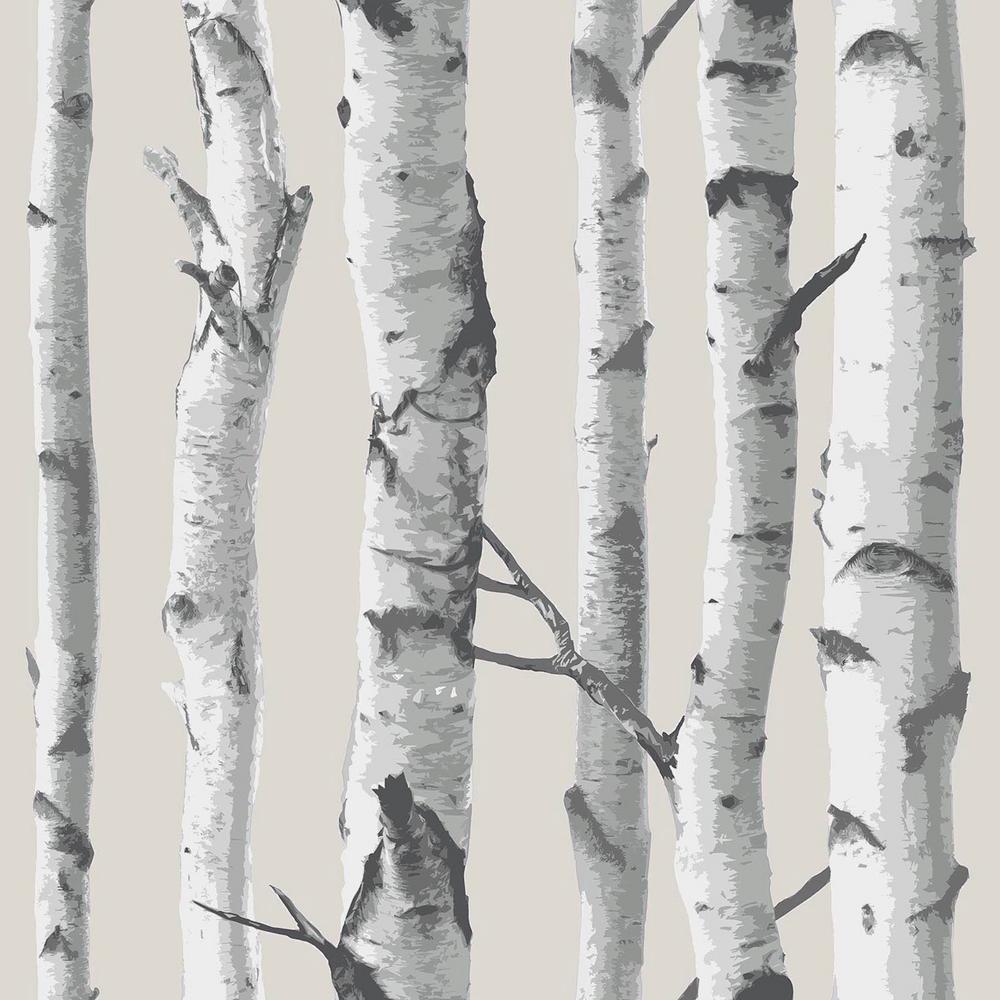